Helen Zuman is the author of Mating in Captivity (She Writes Press 2018), a memoir of her five years, post-Harvard, in a cult with a radical take on sex and relationships. Mating in Captivity received a starred review from Kirkus, was named a Kirkus Best Indie Memoir of 2018, was a finalist in Creative Nonfiction for the Community of Literary Magazines and Presses’ 2019 Firecracker Award, and was both first runner-up in memoir and a finalist for First Horizon and Grand Prize honors in the 2020 Eric Hoffer Awards. Other work has appeared in The New Farmers Almanac, in Communities and Livelihood magazines, and on the Foundation for Intentional Community’s website (ic.org). Born in London and raised in Brooklyn, she currently homesteads with her husband in Beacon, New York.

Comment? Question? Revelation? Please do send an email to madgelma[at]hotmail[dot]com! I love hearing from readers, kindred spirits, fellow mischief-makers, etc., and I religiously check my junk folder so, I promise, your message will not be lost. 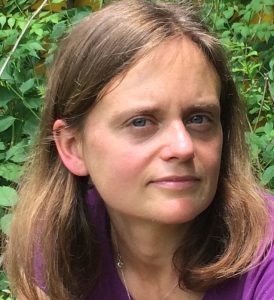