How the Medicine Wheel Kitchen Restored My Faith in Community 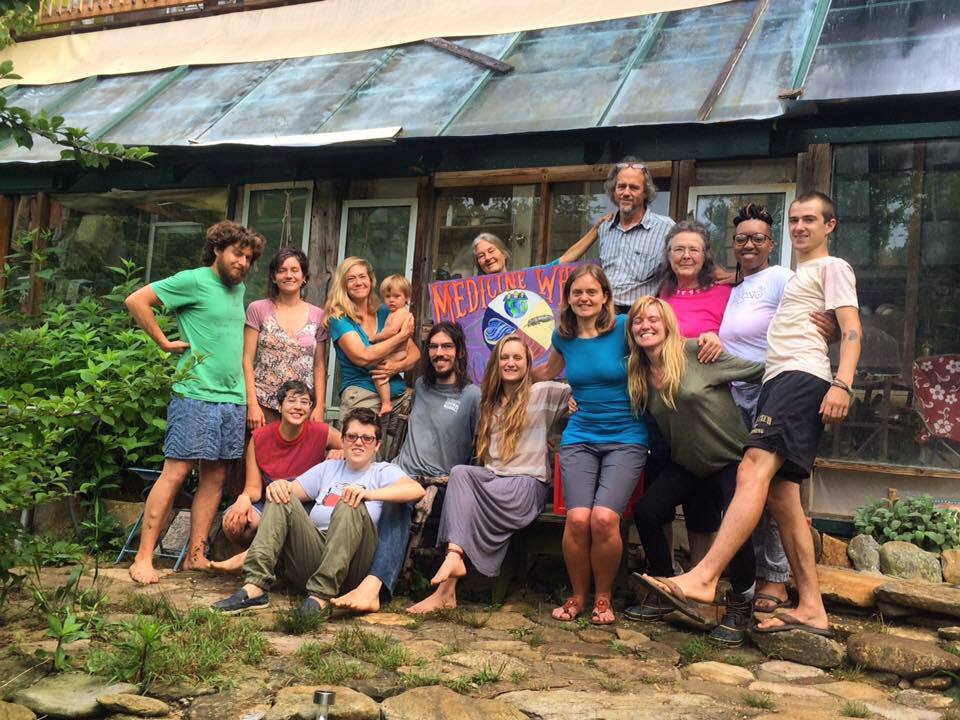 More than four years ago, when I first stepped into the Medicine Wheel kitchen, at Earthaven Ecovillage (in Black Mountain, North Carolina, USA), I was not feeling bullish about community. I’d tried that, right? At Zendik. (Yes, Zendik was a cult—but I’d found it in The Communities Directory!) And it hadn’t gone so well. No, I was just visiting. For the weekend. And, during that weekend, I fully expected to confirm my belief that I would never ever share a kitchen or bathroom, in a long-term kind of way, with persons unrelated to me, ever again.

Well, I was wrong. A few months later, I returned to Medicine Wheel for a two-month stay and, since then, have been back more times than I can easily count. It’s become my home away from home. And this has happened, in large part, because of the kitchen.

You see, it’s not just a kitchen. It’s also a dining area, a meeting room, a party venue, an art space, a creative hub—and, most importantly, a space for weaving relationships. In my time at the Wheel, I’ve met, conversed, collaborated, laughed, cooked, worked, and eaten with a stunning cast of fascinating characters, a number of whom have become dear friends. Three years in a row, I held my Poop Smoothie birthday party there. Both times I poo-bah’d village-wide events—first a comedy night and then a talent show—I received invaluable support and inspiration from the flow of humans and ideas through that kitchen. It is, simply, one of the most fertile places I know.

And, recently, I realized something else about the Medicine Wheel kitchen: it promotes a certain kind of conversation. A certain kind of relating. It’s as if, once you walk in the door, your ability to bullshit suddenly falls away. You can’t sit at that table and pretend you don’t bleed, fart, cry. And not because anybody’s forcing you to “be real”—but because that’s the way the Wheel rolls. That’s what the Wheel wants from you. Your tangled, beautiful self.

Now, the members of the Medicine Wheel Collective—my dear friends Lyndon and Deborah—are engineering a wholesale kitchen renovation. And I, as a Medicine Wheel Board member and Chief Medicine Wheel Champion at Large, am asking you to click right here and make a contribution to their 60-day, $12,500 GoFundMe campaign.

Why? Because the revolution needs good food. More importantly, it needs social nourishment. Real connection. Fertile conversation. And, someday, you might be the one stepping through that door, seeking sustenance—and finding renewed faith in community.