On Villaging: World Made by Hand 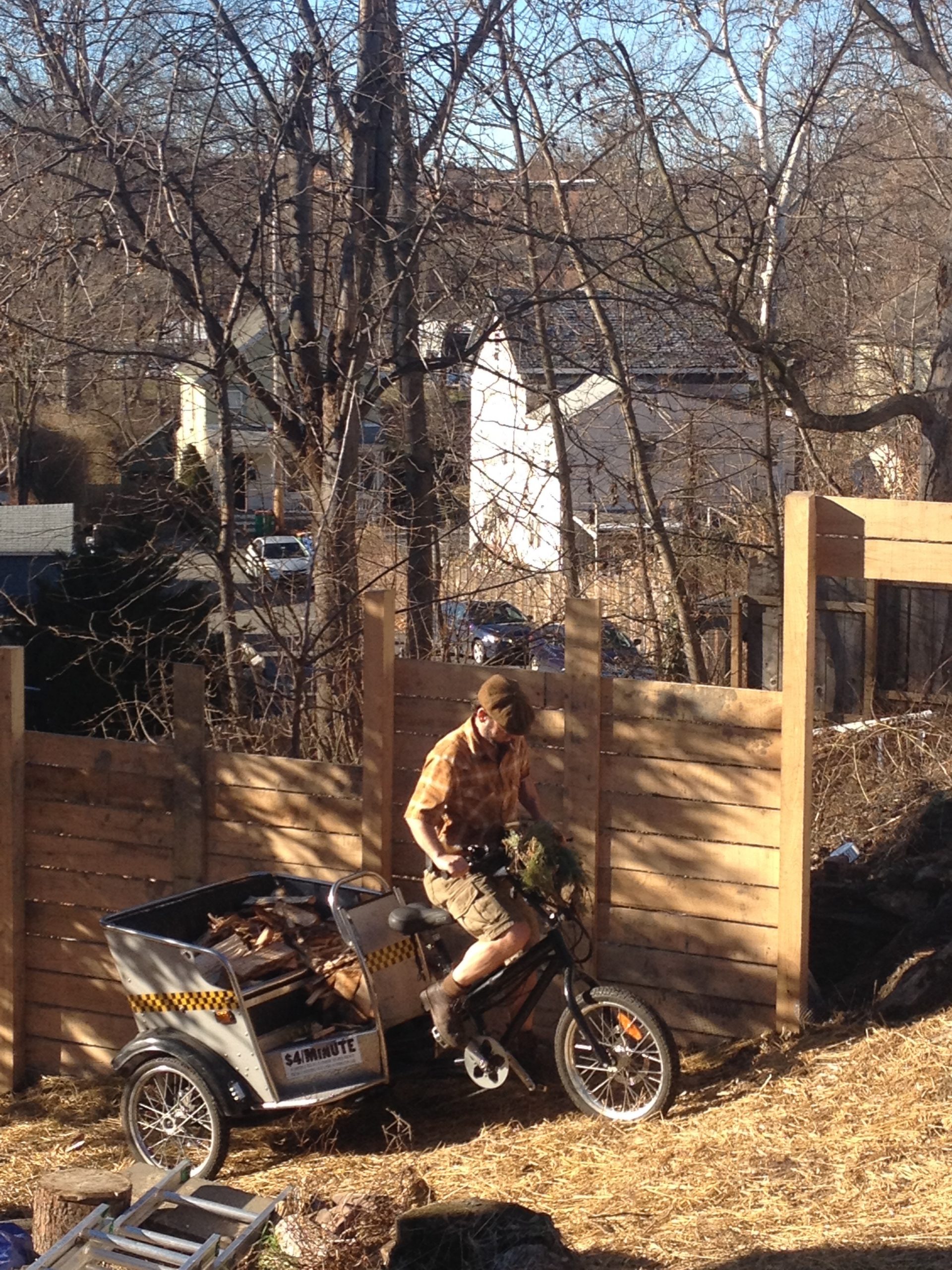 In James Howard Kunstler’s 2008 novel, World Made by Hand, the people of the Hudson Valley are struggling: vast numbers have died of influenza; others have succumbed to encephalitis; still others have left Union Grove (a fictitious town in Kunstler’s own Washington County) in search of something better, and—in the absence of telephone, postal, or Internet service—can’t get news to loved ones.

The electricity comes on sporadically, in brief bursts. Los Angeles and D.C. have sustained nuclear blasts. The President may or may not have decamped to Minneapolis.

The lands and waters of the Hudson Valley, on the other hand—as well as its more than human communities—are doing just fine.

Here in 2020, in the world made by machines, most techno-humans—while wringing their hands over carbon emissions—persist in denying what it will actually take for the web of life to heal, and thrive.

Let’s start with a few basic truths: the zombies have already come—they’re called corp(se)orations. They have bodies (sort of), and power, and influence, but no soul, heart, or mind. Economic “growth” corresponds to living-web death—every time the GDP rises, another batch of relationships dies. What passes for an economy serves not the home or the household but the banks. The federal government—which enforces an organizational and financial monoculture—is too big to succeed.

Eschewing single-use plastic shopping bags will not save us. In fact, it might cause further harm by feeding the delusion that we’re doing something—as the zombies continue their depradations, unrestrained.

That’s where crisis comes in—to force us to make the big leaps we want to make anyway, but won’t make, on our own.

When I was expelled from my cult, Zendik Farm, more than fifteen years ago, I was devastated. I felt like I’d lost everything. And, in a sense, I had: Zendik was my home, my family, my source of friendship—not to mention my mission, purpose, and vocation. In the five years I’d lived there, I’d surrendered my assets, distanced myself from loved ones in the “Deathculture,” and thrown my whole soul into what I saw as a revolutionary movement bent on saving the Earth from ecocide. Yet underneath the dread, horror, and shame attending my expulsion, I felt a tiny spark of exhilaration—finally, after five years in a panopticon, I was going to be free to eat, sleep, do as I pleased. At long last, no one would be watching me.

Fourteen months later, when I realized Zendik was a cult, I joyfully embraced my exile—my crisis—as the best thing that could have happened to me.

Now, part of me clings to business as usual—to the comforts of heat, running water, hot baths, electricity. Part of me would freak out if the Internet broke down, or the trains stopped running, or the banks quit maintaining the intricate ledger of electronic transactions that have taken the place of honorable exchange. But part of me—if my Zendik experience is any predictor—would feel excitement. And relief. Suddenly, I would have no choice but to embrace the web of life directly, and step entirely away from the screen.

In World Made by Hand, no one uses computers. Or cell phones. Hardly anyone drives a motor vehicle. Meanwhile, the Hudson River teems with fish. Most people grow vegetables and keep chickens. Those with cows have plenty of milk, butter, and cheese to trade. When there’s a party, nearly the whole town shows up—and dances, for hours, to live music—because they no longer have screens to hold them hostage at home. One local neo-tribe supports itself largely by excavating, repurposing, and reselling the trove of industrial materials buried in the local landfill. Since there’s (probably) no federal government, there’s also no military, no Supreme Court, no war machine. Both justice and defense have gone local.

To replace the federal organizational monoculture, a polyculture—of cults, gangs, clans, and remnant local governments—has sprung up. Some are led by the greedy and bloodthirsty, others by the tough but moderate, still others by those claiming to work for God. But their flaws are obvious—at least to those outside their sphere—and their rule precarious. Those who run on hubris don’t last.

Within this patchwork, the humans get to reclaim their wholeness—their intimate relationship with each other, and the rest of the web of life. Yes, they fight, and kill (as humans will). But, on a broad scale, they can’t do much harm. They’ve found their place in the family of things.