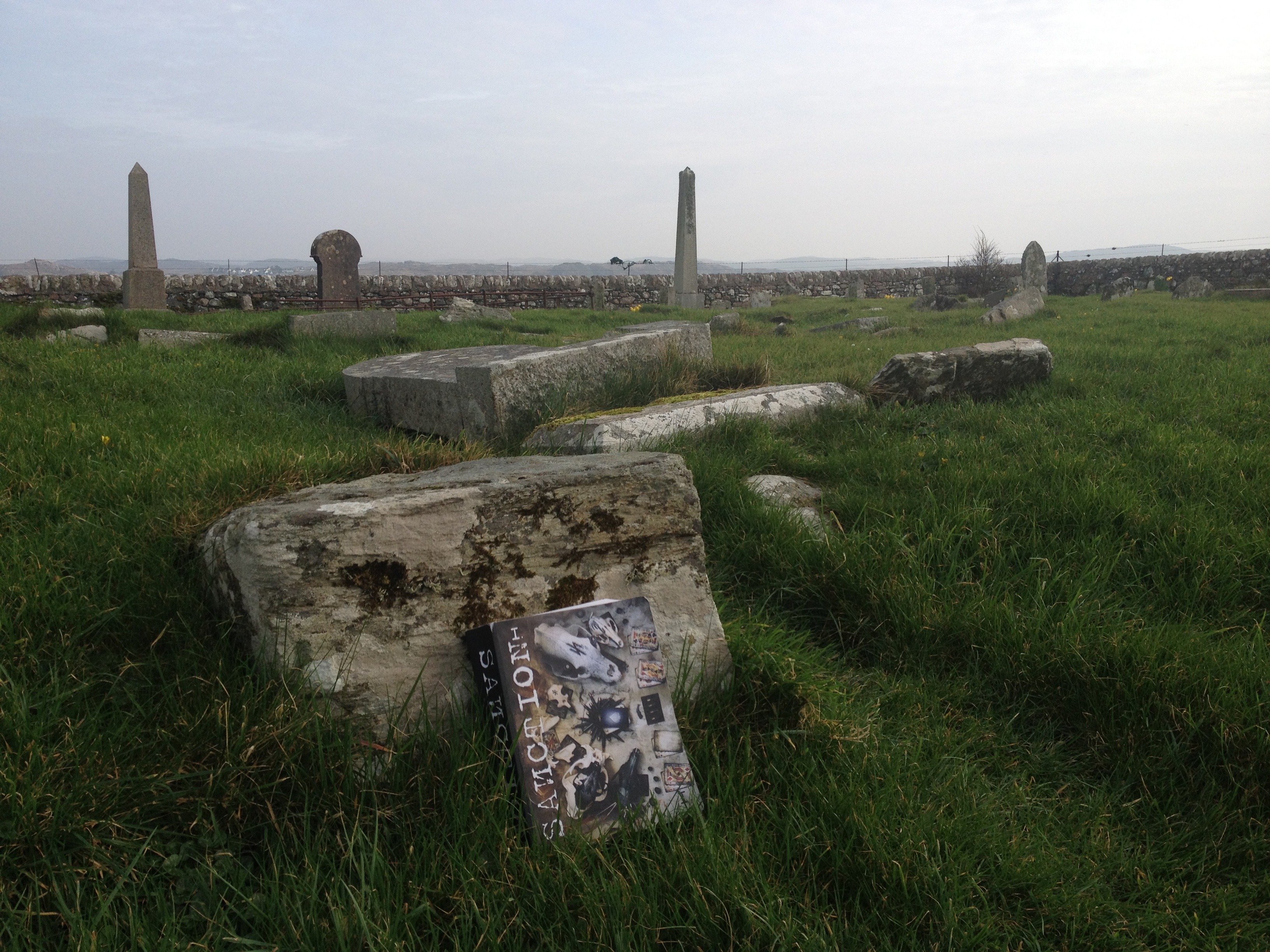 [A few months ago, I published a review of Sanction, Volume I, by Roman McClay. Today, I received this commentary on that same book, along with a request that I post it anonymously. Having consulted my pendulum, and received a reading of harmony with my Sacred Heart, I decided to go ahead and do so. I have not edited the text in any way—responsibility for all errors, idiosyncrasies, and infelicities lies entirely with the author. Enjoy!]

When Abraham Lincoln met Harriet Beecher Stowe he was reported to have said: So this is the little lady who started this big war.

There’s a moment when the book Sanction (Flat Black Ink Corp Press) begins to tip its hand. The anger and accusations of the ‘narrator’ blend into ‘facts’ about this event or that group (the English or women or American blacks) and one begins to feel a certain outrage.

Maybe for the reader it’s outrage toward the group accused, maybe outrage in their defense. But the reader will be outraged. I can assure you of that.

And here is where the author -Roman McClay- has made his purpose known.

But let’s back up. If you will notice -I certainly noticed it eventually- the epigraphs for each chapter are strange; even incongruent to the story.

McClay quotes not just the Unabomber and Charles Manson, which seem obvious to his ends, but he quotes Richard Wright -who wrote Black Boy- and Ralph Ellison who wrote Invisible Man. McClay quotes CLR James and Toussaint L’oeverture as well.

And one of the excerpts that not only stood out but I can recall now from memory was when McClay allows the reader to absorb this line from Wright’s Black Boy:

Now, I don’t know about you but inside a book full of angry rants and displays of racism and sexism and murder and malice of manifold kinds, to read that line above chapter 22 (which is actually chapter 24 of 46) made me -in a book designed to make one stop and think- well, it made me stop and think.

It -that line by Wright- made me think that right there was a point McClay wanted us to read, absorb, but forget in a way.

He didn’t harp on it.

He doesn’t harp on that sentiment at all. If anything he harps on the opposite: revenge, payback, violence as just and right and -dare I say- Sanctioned, by God.

So why would a line like that be employed? A irony? Sarcasm? I don’t think so. Let’s be real, how many people alive today have read Black Boy? Or Invisible Man or of the Black Jacobins? McClay is better read in black literature than most black folk.

What kind of a ‘racist’ reads these books and then so thoughtfully writes down their most poignant -yet not famous- lines?

“I think something else is going on here,” I said to my wife one night. She had long since begun taking the book’s odd and large presence as a kind of annoying given. She once called it the guest that would not leave.

She -generously- then asked what I meant. And I told her that I thought the book was actually warning us that war was coming by doing everything it possibly could to start that war.

She was not impressed with this analysis.

As black folk, we’ve grown tried of white folk explaining things to us about our condition. But that’s the thing; McClay doesn’t explain black folk (there aren’t any black folks in the whole book!) but rather he explains white folk.

And he explains their pain, heartbreak and likely reaction as naturally as a sailor might describe a squall. He’s a doctor diagnosing a malady. He’s a mechanic rubbing his chin and figuring out why one’s car makes that horrid sound.

But he’s describing his storm and disease and car troubles not ours. And yet the implication is that if he -and his people, the whites, the men, the Scots (and I must admit I didn’t realize white folk placed such a premium on which type of white they were: English vs Scottish) and the rural southerner and westerner- the implication was that if he and his were wet and cold, sick and tired and out of gas in a car with a flat tire then the rest of us would find ourselves in much the same condition too.

And that’s when it hit me.

This is exactly what Richard Wright was saying too.

Nobody commits treason alone, Wright says in Black Boy. Rather, it’s a conspiracy between us all in a nation where a man no longer matters but men still think they ought to matter. There’s a window there; a brief moment when society doesn’t care but a man still does.

Later in the book McClay quotes CLR James, and in that book (The Black Jacobins) he recounts a story of nurses -black nurses- killing newborn slaves that they were supposed to be midwifing into the world.

But as James explained -and as McClay obviously wanted the reader to know- the hopelessness of the black slave in San Domingo (Haiti) was at such a nadir that killing children was seen as the only and the just -the righteous- thing to do.

This is no accident.

McClay did not accidentally quote these revolutionary black authors. You don’t happen upon them and these sentiments by accident.

This book was written as a bomb; it wants to blow the world to Hell. But it has left the schematics and wiring diagram and told us just which wire to cut if we want.