What Violence Means to Me 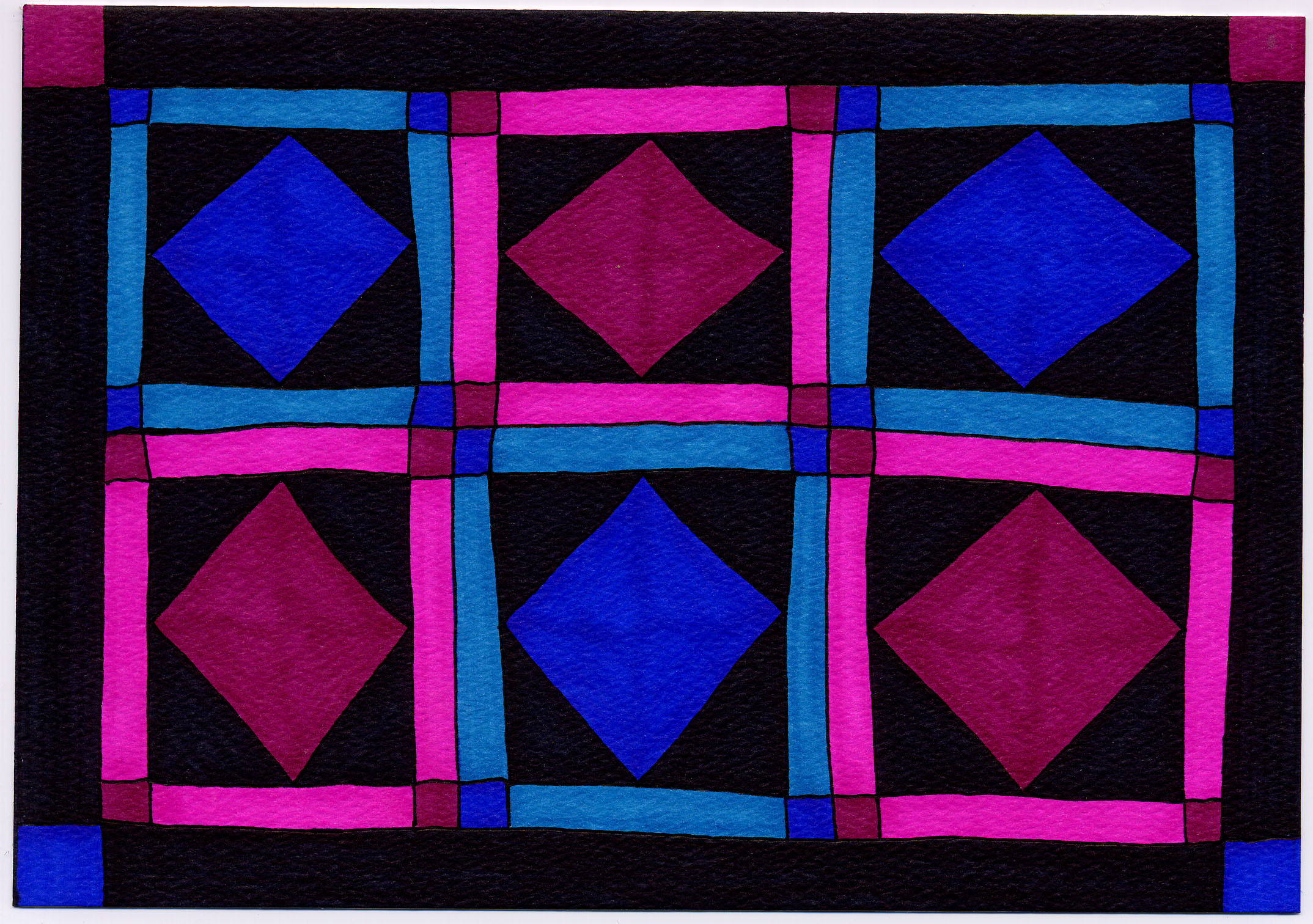 Violence is. It manifests in countless forms, beyond shootings and knifings and fist fights. I sometimes call motor vehicles “motor weapons” because of the swath of death they leave in their wake (30,000-40,000 humans, and uncounted non-humans, die each year on the road, in the United States alone). And then there’s the toxification of air, water, soil, soul, relationships, and attention, intermingled with sanctioned killings, in the US and overseas, by agents of the state. Not to mention wholesale murder, everywhereallthetime, of chances for joy and ecstatic involvement and truly vital moments. Boredom and loneliness may be the most deadly forces on the planet.

So the question is not, “Will there be violence?” but “Who gets to inflict it, and how?”

Let’s look, for a moment, at a potential parallel between violence and food. I know I have to eat. And I prefer to get my food from local farmers, from small businesses with decent ethics, from the health food store on Main Street here in Beacon, New York. Even better, I have in the past, and will in the future, grow some of my food myself, at home. And, currently, most of the violence I interact with—albeit at a distance—is conducted, like the worst forms of farming, out of sight, on an industrial scale. I don’t see the violence (the suicides, the poisoning, the deadening toil) that goes into the production of the computer I’m writing on. I don’t witness the damage caused by the gigantic server farms that store the data I access, every day, via the Internet. I don’t hear the screams of those killed, by drones or humans or long-distance missiles, in my name, overseas. I know next to nothing about the specific flows and impacts of the trillions of dollars spent every year by the US war machine.

The kind of violence I’m most acutely aware and afraid of, day to day, is that of motor vehicles and their enablers, the roads. Most days, out walking my six miles, I experience at least one moment of heart-in-throat—when a snowplow roars toward me (Bladerunner with snowplows! This is why I hate snow!), or a trash truck lumbers past, or a car backs too quickly out of a driveway. Though I have never suffered bodily injury by motor vehicle (even when, thirty years ago, a car I was in flipped over and slipped off the road), I feel these machines’ inherent violence, as my unarmored body encounters them at far closer range than it was meant to. I am guessing that you, dear reader, do not perceive motor vehicles, or roads, as violent at all, and that when you experience or hear about damage and death in that sphere you cry, “Accident!” and seek an explanation that protects your story of human error—not systemic sanction of vehicular mayhem—as cause.

Years ago, my brother posed this question: Given the choice between moving to a town with a high rate of traffic fatalities and one with a high rate of homicidal home invasion—and assuming that your chances of untimely death were the same either way—what would you do?

He averred that most people would choose an enhanced chance of death by motor vehicle, and, from this distance, I would tend to agree. However, I would also posit a third option: what if you could trade a decreased chance of experiencing impersonal violence (at the hands, say, of a motor vehicle or homicidal burglar) for an increased chance of experiencing violence designed just for you, and delivered, for a reason, by someone retaliating for a wrong you’d done?

What you get from this third option is a greater measure of control over the integrity of your body. Sure, you might insult someone, and incite her or his wrath, without knowing it, because of discrepancies in your respective moral codes. But it’s at least possible to learn, or intuit, what might set someone else off, and choose not to do that. Whereas it is not always possible to keep that drunk or texting driver from jumping the jersey barrier, or prevent a crafty and committed thief from entering your home.

One time, when I was in high school, a man (whose name I still remember, more than twenty-seven years later) punched in the head another man who was in the midst of sexually assaulting me on the deserted landing of a very deep subway station. This was violence. And it wasn’t purely preventive or defensive; it was retributive as well. The man who did the punching told me, once my attacker had scurried away, that he was glad that the stone on his class ring had made contact with the man’s head, and, most likely, increased the pain he’d felt.

I admire that man. I honor that man. When I reported the assault to the token booth clerk, he chastised me for riding at “the wrong end of the train.” When I informed the police, they showed me binders of mug shots that did me zero good. And, in any case, the damage had been done. The violation had occurred. I could not go back in time and reclaim the sacredness of my inner sanctum from the man who’d pried it open.

What if a man inclined to assault a woman knew that if he did he’d pay? That her father, brother, husband, boyfriend would hunt him down and make him suffer? Might he, perhaps, think twice? Might he choose not to?

What if the CEO of Union Carbide had been executed for the crime of Bhopal? What if other CEOs knew that perpetrating ecocide, homicide, genocide, soilicide would win them, personally, a similar fate? Might they, perhaps, think twice? Might they choose not to?

What do we mean by the term “violence,” anyway? What do I mean?

The kind of violence that is, perhaps, least present to me, yet most terrifying, involves assault on my body: Blood. Bruises. Rips. Tears. An asphalt-scrape against the flesh inside me. Yet I can imagine, now, thanks to this book I can’t stop talking about (if you’ve been following along at home, you know I mean Sanction), how cleansing, how refreshing, it might be if violence—hitting, knifing, punching—were to turn personal again.

In The Dispossessed, a 1974 novel by Ursula LeGuin, the anarchists who’ve settled Anarres (aka the moon) lack a police force, or a military, or any other structure for state-sanctioned violence. Men who have scores to settle do so through physical fighting; sometimes, others gather to watch. At one point, during a severe famine, a truck driver encounters a village of starving families who try to commandeer the supplies he’s in the process of delivering to a different village. What is he to do? There is no law dictating his choice, or waiting to pounce if he chooses wrong. All he has to rely on is his own conscience. And so, he defies the swarm and drives on. He leaves them to their starving, and kills a man who fails to get out of his way.

Who’s to say he’s right? Or wrong? Who’s to say a house full of legislators, or a jury in a box, or a judge on a bench, could have made a better decision? Who’s to say that the lack of a law, the lack of punishment, in any way reduces the burden, the curse, of the consequences?

As a writer, and a human, I refuse to “get over” things that are hard, or shove harsh truths aside. I know that each experience has a purpose, each curse bears a gift. I know that darkness gives rise to fertility, that nothing created, nothing possible, nothing inherent in our bodies, is without purpose—is wrong. And so, I wonder, how might we—I—turn to face violence, embrace it, and restore it to its proper place? How might I bear witness to its beauty, its genius, its role in my redemption, my return to rightful grief?

Why would humans have the capacity to fight, to kill, to aggress, to defend, if we were not to use it? Why must the young girl huddle, beaten, in a basement, while the prosperous folk of Omelas muster for yet another radiant parade? Why does her brother, her father, her cousin, not come to her rescue, and incite a melee in the village square?

I am female. I am still fertile. I bleed, every month. Will we break every bone in Earth’s body, immolate our immortal souls, for fear of a little blood?

Want to immerse yourself in a weird world with its own peculiar brand of artisanal violence, largely etheric, inflicted on a village scale? Check out my memoir, Mating in Captivity, right here.